The concept is based on the way our brain processes visual information, we can’t focus on the two images in the artwork at the same time. We focus on the head as a whole or on the items, nudes or fruits, used to build it. One of the most famous experiments is a drawing from Freud called “What’s on a man’s Mind”. This image does not only explains the lustful mind of the male population, it’s also the best example of the ‘double images’ idea.

The last artist that can’t be left unmentioned here is the Renaissance painter Arcimboldo, his famous fruit heads, representing the seasons, are often described as the most early surrealistic artworks.

Artistically the paintings of Martins de Barros are heavily rooted in the tradition Arcimboldo started, technical perfection with a great eye for detail. Thematically his art could be considered surrealistic, but surrealism in a more lighthearted and humoristic way. 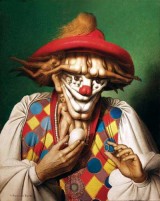 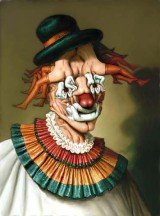 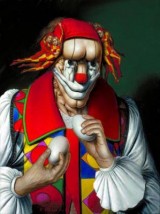 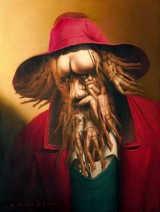 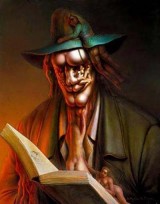 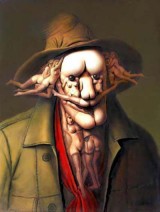 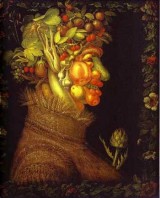