My favourite image is from the Geisha series. An amazing model, with wonderful tattoos, and a great body. The whole presentation, atmosphere of mysticism and dark sepia colouring are really making this a perfect piece. 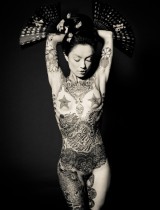 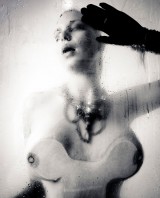