You are at:Home»Adult Games»Pink Tropics
By Luca on March 8, 2009 Adult Games

In Pink Tropics you are the male character having your way with 10 female characters. To unlock some of the features you need to use your cash wisely. And you earn cash by simply fucking the woman that are available when you fire up the game the first time. Pretty straightforward hey? But thats what you buy this game for anyway.

Overall the game offers what it promises, the user interface and customization dialogs are good and the amount of options are decent. The great drawback for me are the animations and the looks of the models. They are just to unpolished and rough. During some sex animations the shoulders are sticking trough the upper arms, or the back of a character has spikes when it bends, the weighting really needs an overhaul. The movement itself is something that needs some work as well.

Somavision pumps out sex games at a regular basis, and I really like the theme’s and concepts they play around with. However they should improve or swap the game engine AND give some more love to the models and animations, thats the main reason people buy these games! 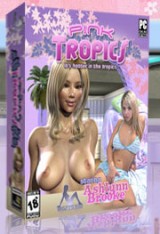