You are at:Home»Fetish Art»Steampunk fantasy erotica
By Luca on September 20, 2009 Fetish Art

Back in the 80’s the Steampunk fantasy genre was born as a sub genre of Cyberpunk. Both genres emerged from science fiction literature and the term Steampunk became known to the general public when “The Difference Engine” ( a Novel from William Gibson and Bruce Sterling ) was born.

Steampunk shows us an alternative route of technology, where steam power and old school mechanics advance their way to an imaginary “modern” world. Often located in the Victorian time, but more recent examples exist as well. Aspects of Steampunk can be found in many movies and recently some computer games incorporated the genre as well. A well known example is the whole “engineering profession” and the “Tinkertown” of the gnome race in World of Warcraft.

There’s no such thing as typical “Steampunk erotica”, although the genre can be considered an inspiration for some well known artists, like H.R. Giger or Martino Catalano. Who both use the visual theme in their work, sometimes combined with quite explicit sexual scenery. The computer game “The Velvet express” has a machine room where a steam power driven spider like machine is used for sex. 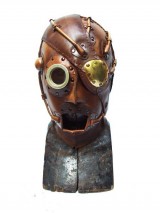 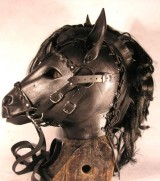 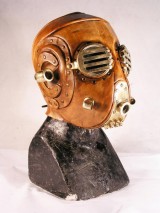