Fetishism can be described as a sexual, or sensual, fixation for a certain object, body part or body feature. But often it’s also a lifestyle, or a mentality, where exploration and personal progression are going hand in hand with sexual liberation.

Some forms of fetishism are quite common, like leather, rubber and many other forms of lingerie and clothing. Others are quite exotic or bizarre, like medical fetishism or Urolagnia.

When you consider this enormous area of preferences, and obsessions, it’s quite logical that some photographers choose this wonderful playground as their main theme. Sometimes they just follow their own exploration, and document what they personally encounter. Other artists are more the outside observer, communicating their amazement in their images. Both ways often lead to very intriguing and interesting images. Witnessing the exceptional seems to trigger the artist’s own creativity, in more then one way.

The female artist Druunatic is one of the new fetish photographers I encountered. Her work seems like a mixture, being both the observer and the insider at the same time. In some of her images the distance between her and the model is obvious, like in her rubber suit series. In other images there’s more intimacy and a subtle sensuous play, like in the lovely photograph of a woman with feather. My personal favorite would be the black and white portrait, the second image in the gallery. The simplicity, the strong character and marvelous light, are giving this image a very intense atmosphere. 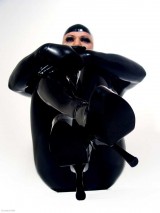 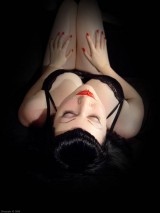 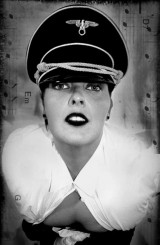 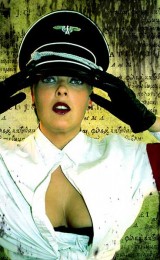 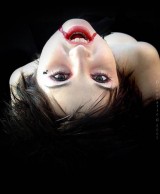