The impressionist painter Edgar Degas is probably most well known for his portrayal of dancers obscured by layers of tulle and crinoline. His paintings of Paris in the mid to late 1800’s reflected the life that he saw around him.

Although most of his work was done in the studio either from memory or using models to pose, his paintings capture snapshots of life in almost documentary fashion. So it is no surprise that when his subject matter turned to portraying the female nude, his approach was one that combined both the everyday activities in which a woman would be found nude with a sort of artistic detachment. This results in conveying the feeling through paint and canvas that one is looking upon something that maybe they shouldn’t. 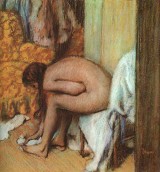 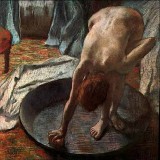 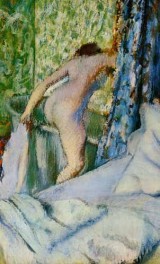 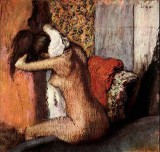 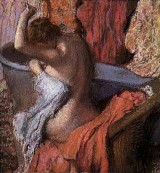