You are at:Home»Movies»American Gothic
By Luca on May 12, 2008 Movies

Recently I talked about the art of Carlos Batts in an article called “The edge of Erotica”. I was, and still am, very impressed with his confronting and sensual photography, but this artists has extended his horizon to the Gothic scene in his new book “American Gothic, and the Birth of the New”. He also made a film with the same title and of course the same subject.

American Gothic, the book
Fuse Romare Bearden with Man Ray, and you might come close to Batts’ vivisection of America’s diseased soul. In 128 pages of experimental photography and mixed-media, Batts tortures the negative itself to bring forth frenzied, expressionistic hybrids of horror and beauty. Published in limited edition hardcover by Baltimore’s Scapegoat Press, American Gothic is Batts’ third book and the one most reflective of the artist himself. To be certain, Batts’ previous efforts for the German publisher Edition Reuss, Wild Skin and Crazy Sexy Hollywood, were distinguished by a unique, readily-identifiable style, one that’s proved immensely popular here and overseas. But in both books there is always the sense that the artist is giving us exactly what we as voyeurs want. American Gothic, on the other hand, is Batts’ pure, unadulterated artistic vision, one not tweaked for the mass-market or meant to satisfy bourgeois tastes.

American Gothic, the film
In 1930, Grant Wood won a painting competition with his masterpiece, American Gothic. Although it’s considered to be a visual satire on rural American Life, perhaps the story goes deeper than canvas. In this provocative horror tale by acclaimed photographer, Carlos Batts, we see a different interpretation of a rural American family on the 75th anniversary of Wood’s painting, American Gothic. Batts paints his own story and invites us into a world where the old farmer struggles with his crime of passion, the consequences and his iconic fate. A picture may be worth a thousand words, but this painting’s story will leave you speechless. 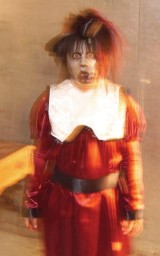 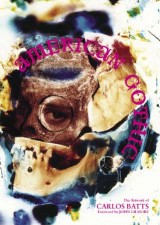