You are at:Home»Nude Males»Marvel Men
By Luca on May 4, 2006 Nude Males

Inspired by the Marvel comic ‘superheroes’ photographer Raoul Josset created a series of colorful images of strong men in character poses. These action figures look just like there comic counterparts, only this time they are made of real flesh and blood and they don’t wear their tight outfits anymore.

The stylization and bright coloring is giving his work a unique personal touch, he told me how this usage of color developed: “Maybe it’s because of my Mexican background but I have a strong inclination towards color, not being able to print in color at the time I found alternative ways, toning, hand coloring and both at the same time as in the image ‘Coming Out’. Later on, I equipped myself to print in color, which led me to explore that media as well.” 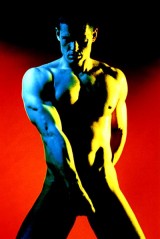 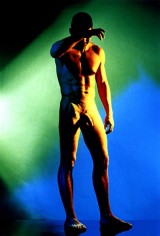 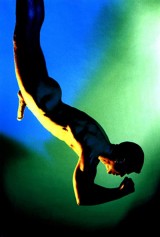 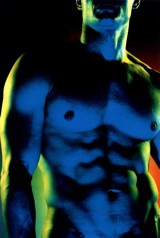 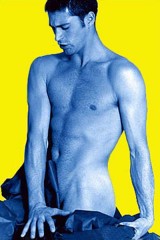 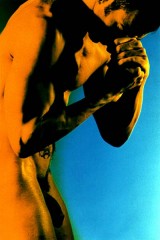