Ariock has struggled to paint the dark imaginings of his mind- mainly because it has been hard to find an audience. Instead, he has skirted the edges of his own visions through commission work that has allowed him to come close to his ideas, but not explore them fully. Although Ariock says he is not completely satisfied with these images, the ones that he shows on his website that tap into his darker thoughts I find successful.

His paintings are multi-layered and detailed. Each element is carefully depicted from glowing eyes, to fingernails to the bulging veins and pointed teeth. The women are pretty, voluptuous, and curvy- though not without their own twists of darkness and malice. Still, it is the masculine figures that are the most distorted and gruesome, in some cases losing any resemblance to a humanoid figure. Ariock says on his website that he is delving further into his dark fantasies, finally able to express himself as he desires. If you like the work below, be sure to go check it out. 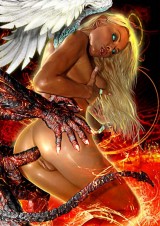 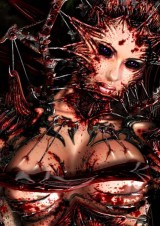 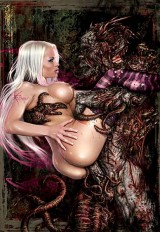 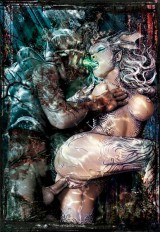 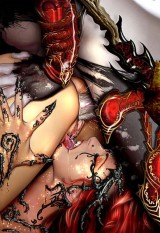 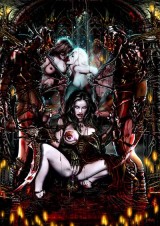